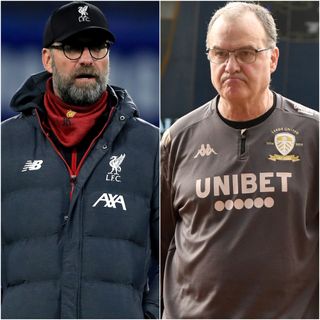 Liverpool’s record on the first day of the season underlines the task facing Leeds on their return to the Premier League this weekend.

With Manchester City, unbeaten in 11 opening-day fixtures with nine straight wins, not in action until week two it leaves Jurgen Klopp’s defending champions as the fastest starters on show as the new campaign begins.

The Reds have won six and drawn one of their last seven league openers, with Watford in 2017 the only team to take a point off them in those games after Miguel Britos’ scrappy stoppage-time equaliser.

Leeds have three straight winning starts themselves, albeit in the Championship, but could not have a tougher test ahead of them.

Recent history also suggests the fixture will produce plenty of goals, with 22 goals across Liverpool’s last four openers and 16 in Leeds’ last four.

Of the other promoted teams, play-off winners Fulham also have a tough test against Arsenal, who have won two of their last three openers while the Cottagers have only one win in six – with five of those games coming in the Championship.

Pablo Hernandez, right, celebrates scoring Leeds’ opener at Bristol City in last season’s opener (Mark Kerton/PA)There is some encouragement, though, in that the last five promoted teams to start with a win came up via the play-offs – Hull in both 2008 and 2017, Blackpool in 2010, West Ham in 2012 and Huddersfield in 2016.

West Brom, by contrast, have three wins in their last four openers – two of those coming in the top flight – and take on a Leicester side whose draw with Wolves last season ended a three-match losing run on opening day.

Tottenham, who have started with a win in each of the last three campaigns, face an Everton side unbeaten in their last eight openers – albeit with six draws in that run.

Something has to give at the London Stadium, though, as West Ham and Newcastle have each lost four in a row on opening day – and with the Hammers not having drawn on matchday one since 2004’s goalless Championship clash with Leicester, it points to an overdue win for one of the pair.

Wolves, unbeaten in seven openers, travel to a Sheffield United side who have won only one of their last six, Southampton have two wins and four draws in their last six and take on a Crystal Palace side with one win in four, while Brighton and Chelsea round out the opening weekend.

As well as City, Manchester United will wait until week two’s clash with Palace for the chance to add to their five successive opening wins. Burnley have two wins and a draw in the last three openers ahead of their trip to Leicester while Aston Villa face the Blades.