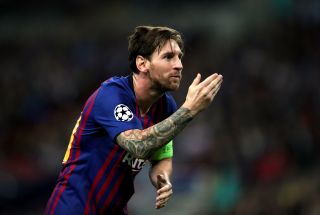 Lionel Messi did not arrive for his scheduled Covid-19 test at Barcelona on Sunday morning, casting more doubt on his future at the club.

The 33-year-old told Barcelona chiefs on Tuesday evening that he wishes to leave the Nou Camp.

The PA news agency now understands he opted against taking a routine coronavirus check ahead of Barcelona’s pre-season training schedule.

Messi’s refusal to take the test means he will not be cleared to link up with his team-mates as new Barca boss Ronald Koeman looks to work with his squad for the first time.

Reports claim the Argentina international had a clause in his contract which Messi believes that, if activated, would allow him to walk away from the club for free – something Barcelona officials refute.

Messi was part of the Barcelona side that was thrashed 8-2 by Bayern Munich in the Champions League semi-finals but has now been strongly linked with a move to Manchester City to work under former manager Pep Guardiola.

With ongoing disagreements over the validity of the reported clause in his deal, it is likely that there will be no quick outcome.

Barcelona’s sporting director Ramon Planes said earlier in the week that the LaLiga giants will “count on Messi for the future” despite the apparent wish of the player to leave a club he has been associated with since the age of 13.