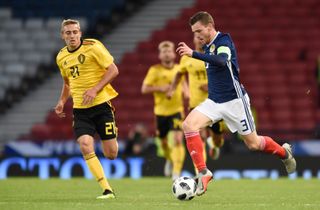 Belgium international Timothy Castagne has signed a five-year contract at Leicester after completing his switch from Atalanta.

The 24-year-old will link up with Brendan Rodgers’ squad on his return from his country’s Nations League fixtures against Denmark and Iceland.

A statement on the club’s official website said: “Leicester City Football Club have agreed terms with Atalanta for the transfer of full-back Timothy Castagne, subject to Premier League and international clearance.

“The 24-year-old Belgian international has put pen to paper on a five-year deal with the Foxes and will link up with his new team-mates after the conclusion of the current international break.”

Castagne, who has signed for an undisclosed fee, has been capped seven times by Belgium and can operate in either full-back role.

He spent three seasons in Serie A after joining Atalanta from Belgian side Genk and helped the Italian club qualify for the Champions League for the first time.

The defender made six appearances on the European stage last season as Atalanta reached the quarter-finals before going out to beaten finalists Paris St Germain, and helped them finish third in the league for the second successive campaign, this time behind Juventus and Inter Milan.

A former youth international, he was handed his senior debut against Scotland in a friendly at Hampden Park in September 2018.