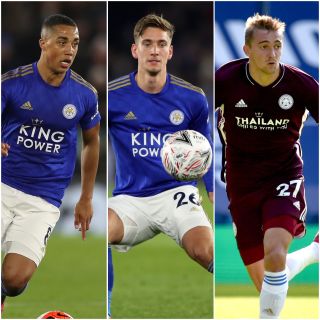 Leicester boss Brendan Rodgers believes his trio of Belgian imports have a “winning mentality” shaped by playing for the country ranked number one in the world.

Belgium right-back Timothy Castagne has caught the eye since signing from Atalanta earlier this month, while compatriots Dennis Praet and Youri Tielemans have already established themselves in Rodgers’ side.

When asked what he likes about the Belgium connection, Rodgers pointed out they have some of the best players in the world such as Manchester City’s Kevin de Bruyne and Real Madrid’s Eden Hazard.

“For me they are in the midst of a real golden generation of players, the talent they have,” Rodgers said, ahead of Leicester’s Carabao Cup third-round clash against Arsenal on Wednesday evening.

“Firstly, they are very professional. How they prepare themselves for life as football players is very, very good. They have a real good tactical understanding of the game.

“And the players we have are young players. The likes of Youri, he is still very young as a player.

“But they all have a real understanding of the tactics of the game and they have a winning mentality. These boys want to win and they devote their life to that. They have been absolutely first-class to work with.

“And then they go away with the national team and go into a group of players who are the number one ranked team in the world and a real strong group of talents. So yeah, they carry that mentality here with them as well.

“You want a group of players who are very focused on their lives as players. They work hard every single day to be the best they can be and to help the team. All of them have been first-class.”

Castagne and midfield duo Praet and Tielemans all played some part in Belgium’s Nations League win over Denmark on September 5 and were unused substitutes against Iceland a few days later.

Asked whether them representing the top-ranked nation in the world brings a healthy dose of confidence, Rodgers replied: “All the boys we have possess a real humility. I wouldn’t say they ever get carried away.

“Anytime they’ve been away they’ve come back with the same humility. Of course you go away and you work at that level and play at that level with those types of players then it’s good for your confidence.

“But I also think they’ve always enjoyed being here and it’s nice to see Timothy come in here as well having played in Belgium’s last games along with Youri and Dennis.

“So yes, they come back with confidence but they are always very humble guys as well.”