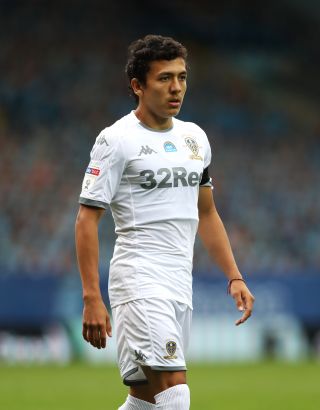 Leeds winger Ian Poveda insists his side’s intensity levels will not drop when they take on Hull in the Carabao Cup on Wednesday night.

Marcelo Bielsa’s high-octane football in Saturday’s thrilling 4-3 defeat at champions Liverpool earned Leeds rave reviews and Poveda said there will be no let-up in the second-round tie at Elland Road.

“It’s really important,” he said. “Every game is important. We’re trying to win everything and every game.

💬 "I value the rebellion of the team, we stopped Liverpool from playing as well as they usually do."— Leeds United (@LUFC) September 13, 2020

“We’ll focus on each games as it comes and make sure we perform to the best of our abilities and give our all.”

Poveda, an unused substitute at Anfield, is hoping to make his first appearance since stepping off the bench in Leeds’ 4-0 home win against Charlton on the final day last season.

Since arriving from Manchester City for an undisclosed fee in January, Poveda has made just one start and may have to be patient after fellow wingers Jack Harrison and Helder Costa both played key roles against Liverpool.

“I’m actually happy for them, I’m really excited,” Poveda said. “I like it to be fair. I want the whole team playing well because ultimately it makes me a better player because I’m going to work harder and train harder, so I’m going to keep pushing.

“I’m happy for everyone. We have a good team spirit in the changing room and that’s what I really enjoy.”

Leeds went toe-to-toe with Liverpool in their first game back in the Premier League for 16 years.

Bielsa’s side hit back to equalise three times before Mo Salah sealed his hat-trick and three points for Liverpool with an 88th-minute penalty.

“The lads were happy with how we performed, but we were disappointed with the loss, so it was mixed feelings on the team bus,” Poveda added.

“Even though we performed really well, the lads didn’t let that overtake our bad feeling over the result because that is important and we have to bear that in mind.

“We played a good game, but we didn’t get the result and we need to look at why we didn’t get it and make changes and adjustments to make sure it doesn’t happen again.”

Leeds skipper Liam Cooper missed the season opener due to a calf injury and will be assessed, while club record signing Rodrigo could be handed his first start for the club.