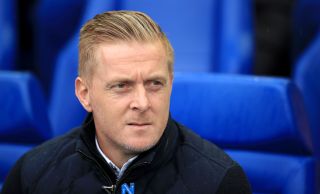 Garry Monk settled for a point that edged Sheffield Wednesday closer to being out of arrears in the Sky Bet Championship but the Owls boss was frustrated by the lack of a cutting edge in the goalless draw against Watford.

Wednesday started the season with a 12-point deduction but last week’s win in their season-opener at Cardiff and a stalemate at Hillsborough leaves them on minus eight.

They dominated the first half against Watford, who repeatedly made mistakes while attempting to play out from the back, but the closest Wednesday came was when Tom Lees grazed the outside of a post with an unmarked header.

Their opponents were a different proposition after the interval and Wednesday goalkeeper Cameron Dawson ensured the spoils would be shared after saving well from Watford substitute Stipe Perica and captain Tom Cleverley.

Monk said: “We didn’t capitalise on the good opportunities we had in the first half. Had we, it might have been a bit different but they were always going to come back, they’re a good side.

“We’d have liked more composure in the second half but we had no given right, we’re playing against a good side.

“That’s to be expected in the Championship, you’re going to get many games like that with teams that are not just going to lie down and let you beat them.

“There’s a good appetite in the squad, everyone’s working for each other and how hard they’re working. Maybe it was a little bit too much wanting to win, that franticness crept back in in the second half when Watford came back.

“But the attitude was clear, the defending was very, very good and it’s another clean sheet and a point. We want the three, we’ve got one but we’ve got four from the first two games, that’s a healthy return.”

Watford were more cohesive at the back after half-time while they were much more of a threat going forward.

Asked what he said at half-time, Watford head coach Vladimir Ivic said: “That they need to start to play, because we didn’t play in the first half. We didn’t do the things which we practised.

“From the beginning of the second half they were much better concentrated and positioned.

“This is something normal, especially in the beginning of the Championship but our target is to play 95 minutes on the same level and to play attacking football.”

Like Wednesday, Watford have collected four points from their first two matches, having started life back in the second tier by beating Middlesbrough, while also not conceding a goal.

Ivic said: “Our target is to win the game and we came here for three points and the victory, not to take one point. But sometimes if you cannot win it’s important not to lose the game.”