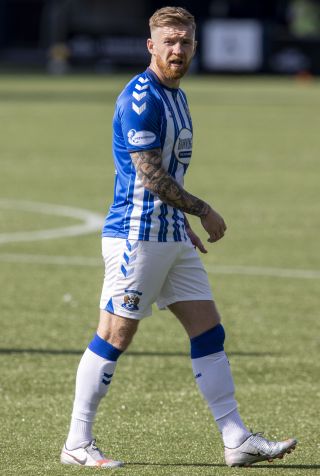 Kilmarnock will be without midfielder Alan Power for Saturday’s visit of Dundee United.

The Irishman damaged his hamstring last week against Rangers and has been ruled for “a few weeks”, according to boss Alex Dyer.

Defender Ross Millen completes a two-game suspension after his red card against St Johnstone, while goalkeeper Jake Eastwood remains out with a thigh problem.

United boss Micky Mellon hopes Lawrence Shankland may be fit enough for a place on the bench.

The striker was named in Steve Clarke’s Scotland squad this week, but Mellon insists he will take no risks with the striker, who will only play if he has definitely shrugged off a troublesome ankle knock.

Ryan Edwards has returned to training after sitting out United’s last two games with an hamstring strain, while Liam Smith (ankle) should return after the international break. Paul McMullan (hernia) remains out.