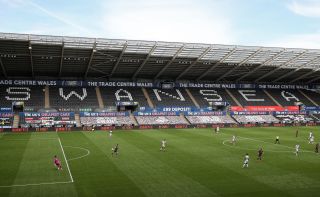 Swansea have appointed Julian Winter as the new chief executive, after Trevor Birch stepped down as chairman to join Tottenham.

The 54-year-old Winter will take up his post later this month, arriving at the Liberty Stadium having spent four seasons as Huddersfield’s chief executive.

Swansea hailed the former Watford, Sheffield United and Notts County chief executive vast experience as crucial ahead of his arrival in south Wales.

“We are pleased to welcome Julian as the club’s new chief executive,” read a club statement.

“As part of the appointment process we received significant positive input from many constituencies within the club and those who have worked with him at his prior clubs.

“His extensive industry experience and collaborative leadership style will be a valued addition as we embark on this next chapter.”

Birch stepped down as Swansea chairman on Tuesday, and was quickly installed as Tottenham’s new director of football operations.

Winter admitted he is now looking forward to getting started at Swansea.

“I’m obviously delighted to have been selected as the new CEO at Swansea City,” said Winter.

“I look forward to getting started at the club on a day-to-day basis, meeting the staff across the club and helping lead Swansea to a successful future on and off the field.”