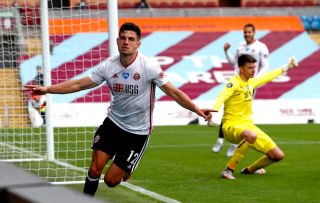 The Republic of Ireland international, who made 36 Premier League appearances last season, has committed his future to the Blades until the summer of 2024.

Egan, 27, told the club’s official website: “The last two years have probably been the most successful of my career and to get the chance to sign a new contract here is brilliant for me and I’m really looking forward to the future. I need to thank everyone involved.

“I’ve loved my time here. We won promotion in the first year and had a real good first season back in the Premier League, so now it is about building on that and improving in the future.”

Wilder said: “It’s a reward for the influence John has on the team and at the football club. He’s been part and parcel of our climb over the last two years and he’s taken his game to the next level.

“John has been outstanding and knowing the boy as we do, we know John is not a comfortable footballer, he wants to establish himself and continue to improve at the highest level.”