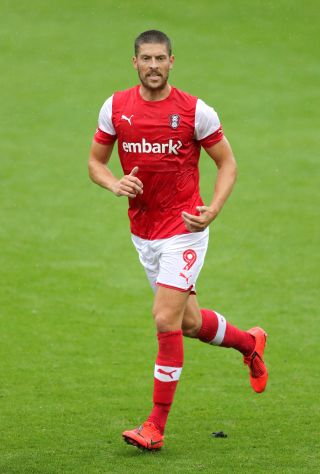 Rotherham striker Jamie Proctor is already turning his attention to life after professional football by setting up his own coaching academy.

Proctor is only 28 but is keen to have plans in place for when his career ends and has supplemented degrees in sports journalism and business by offering tailored coaching sessions to kids in Rotherham and his home town of Preston.

The former Bolton and Swansea man has had a lot of time to think about what might come after football having suffered serious knee and hip injuries over the last three years and was determined to make it count.

“It is something I have always looked towards. I did a business degree at the age of 19, I did a sports journalism degree last year and in between I have been on all sorts of courses and education and looked at different routes,” Proctor, who set up JP Pro Coaching during lockdown, told the PA news agency.

“I had managers who have told me to forget everything else and concentrate on my football and I don’t believe in that one bit. That is where a lot of problems come from.

“People ask me, ‘Are you still a footballer?’, as if we can’t do anything else.”

The fact that Proctor is still a current footballer – plying his trade with the Millers in the Sky Bet Championship – gives him a unique selling point.

“With my profile as a professional footballer, there isn’t a lot of that out there,” he added.

“There are a lot of ex-players doing it, all the club academies, but there aren’t many current professional footballers coaching kids.

“They are always asking me about games and training. It’s not like they know who I am, but it’s the fact they know I am a footballer, they respect your advice and they have that relationship with you because they are looking to get where you are.

“My coaching is different to a lot of others, I like to think it’s a lot more professional, private and more technical really.”

Proctor has played just 23 times for the Millers since suffering a cruciate ligament injury in 2017.

But he says having a business away from football is helping him rebuild his career.

“This is the best I have felt in terms of my knee for three years,” he admitted.

“I definitely think because the pressure is off with the football and because I’ve got other things going on elsewhere that has definitely helped with my football, so as long as I can keep on the right track then it will all be positive.”

:: For more information or to book a coaching session with Jamie visit www.jpprocoaching.com