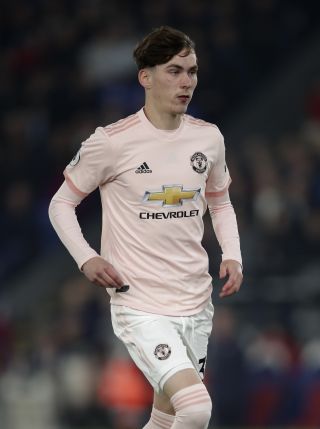 Teenager James Garner is closing in on a loan exit from Manchester United, the PA news agency understands.

The highly-rated 19-year-old made his debut in February 2019 and has made seven appearances in total for Ole Gunnar Solskjaer’s side.

But Donny van de Beek’s arrival has only increased the competition in United’s midfield and Garner is set to leave on a season-long loan to get some much-needed first-team experience.

The teenager has been tracked by a number of Sky Bet Championship clubs and is looking to prove himself at that level in the 2020-21 campaign.

Blackburn and Millwall are believed to be among those interested along with Huddersfield, whose head coach Carlos Corberan met Garner before the 3-3 draw with United’s Under-23s at the end of August.

Joel Pereira has already joined Huddersfield on loan from United, while Tahith Chong, Aliou Traore and Matej Kovar have left the Old Trafford giants to gain experience elsewhere on loan this season.

Newly-capped Wales international Dylan Levitt is understood to be close to a loan exit, while Ethan Laird, Arnau Puigmal and Max Taylor are also attracting interest.

There is also interest in defender Di’Shon Bernard, but fellow centre-back Teden Mengi and Northern Ireland international Ethan Galbraith are set to stay with Neil Wood’s under-23s this season.