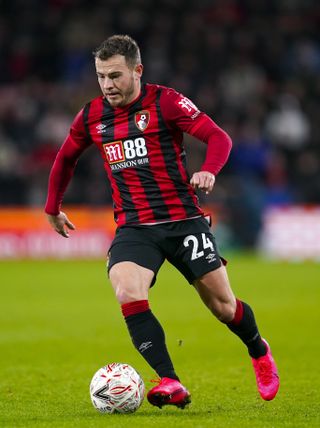 Ryan Fraser is ready to start a new chapter at Newcastle after being “battered” over his decision to sit out Bournemouth’s ultimately vain battle against relegation.

The 26-year-old midfielder found himself in the firing line on the return from lockdown when, with his existing deal about to expire and the Magpies waiting in the wings, he declined to sign a short-term contract extension.

Speaking as he was unveiled by the Tyneside club on Wednesday after signing a five-year contract, Fraser said: “Obviously I made the decision not to play and got battered for it.

“Everyone has got their opinions but, at the end of the day, I need to look after myself. My contract was done, so it’s not like I refused to play any games.

“Nobody saw this virus coming. If the virus didn’t come, I would have played every game under my contract.

“Some lads in the Premier League signed an extension, and fair play to them. But for me, at my age, knowing that this club wanted me, it was just a decision I had to make.

“I want to start this new project, and I just want to show everybody what I’m about and start making new history.”

The Cherries’ five-year stay in the Premier League came to an end on the final day of an extended campaign despite a 3-1 win at Everton and Fraser, who revealed he has met former boss Eddie Howe and spoken with his replacement Jason Tindall since and there are no hard feelings on either side, insists he was devastated.

He said: “I’m not going to sit here and say I wasn’t sad. I was gutted. With the years I had there coming from League One to the Premier League, it was never how I wanted to end it.”

Fraser, who will hope to make his Newcastle debut at West Ham on Saturday, is now concentrating on launching a new phase of his career at St James’ Park and regaining his place in the Scotland squad for next month’s Euro 2020 play-off against Israel and the Nations League fixtures with the Czech Republic and Slovakia which follow it after missing out this month.

He said: “Next month will be big – the next five years are going to be big.

“I’m going to get involved, hopefully on Saturday, and if not the cup game and I’ll show the Scotland manager the vital games we have coming up, which are going to be huge for the nation, I want to be playing.”