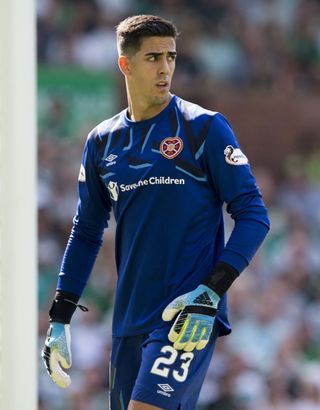 Huddersfield have signed goalkeeper Joel Pereira on a season-long loan from Manchester United.

The 24-year-old moved to Old Trafford in 2012, making one Premier League appearance in 2017, and spent last season on loan at Hearts.

Town’s head of football operations Leigh Bromby told the club’s website: “Following the injury to Ryan Schofield, we felt it was important to have another senior goalkeeper in the group.

“Being able to attract a player with Joel’s ability shows the direction we are going in and that players believe they can develop under (head coach) Carlos (Corberan).

“Joel is a really interesting option for us and fits the way we want our goalkeepers to play.”