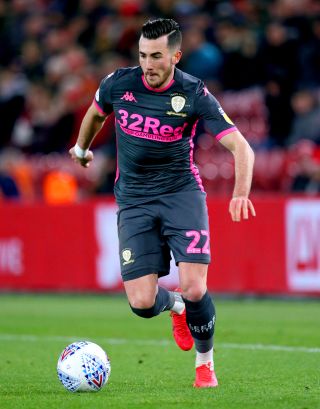 Leeds, West Brom and Fulham will begin the 2020/21 campaign in the Premier League after sealing promotion last season.

Here, the PA news agency takes a look at how the three clubs’ preparations are shaping up for life back in the top flight.

Who have Leeds signed so far?

Leeds have yet to complete a stellar signing since winning the Sky Bet Championship title by a 10-point margin from West Brom, while fans are waiting anxiously for head coach Marcelo Bielsa to sign an extended contract. Winger Jack Harrison will return on a third season-long loan deal from Manchester City, goalkeeper Illan Meslier’s loan from Lorient has been turned into a permanent three-year deal and young midfielders Jamie Shackleton and Alfie McCalmont have agreed new four-year contracts.

Any other new arrivals at Elland Road?

Yes. Major transfer activity remains slow due to the customary brinksmanship in the latest window, but while Leeds wait patiently to strengthen in key areas they have bolstered their Under-23 squad. Promising striker Joe Gelhardt (Wigan), defender Cody Drameh (Fulham), goalkeeper Dani Van Den Heuvel (Ajax) and Charlie Allen (Linfield) have all agreed long-term deals as the Whites forge ahead with plans to become a permanent Premier League fixture.

Manager Slaven Bilic has suggested this will not be the case after the Baggies returned to the top flight after an absence of two years. The Croat has said he will keep faith with the players who got the club over the finish line by sealing second place after a nervous run-in. Bilic believes plenty of his current players are more suited to the Premier League. “You have to change, but you don’t have to change a lot,” he said.

So what business have the Baggies completed?

The biggest deal West Brom are likely to seal this summer is the permanent signing of Matheus Pereira from Sporting Lisbon. The Brazilian midfielder triggered a permanent move for £8.25million in June after making his 30th start of the season and Albion recently rubber stamped it. Reports have emerged of a potential swap deal involving Sheffield United forward Callum Robinson, who spent the second half of last season on loan at The Hawthorns, with winger Oliver Burke moving in the opposite direction.

Will Fulham splash the cash again?

Fulham bounced straight back to the Premier League at the first attempt after beating Brentford in the play-off final, but do not expect them to go on a spending spree. The Cottagers forked out over £100million after promotion in 2018, but the likes of Jean Michael Seri and Andre-Frank Zambo Anguissa proved expensive flops as the club were relegated and owner Shahid Khan is determined not to get stung again.

So the Cottagers have learned their lesson?

Manager Scott Parker insists they have, claiming after his side’s play-off triumph that teams cannot be built by making drastic changes. Fulham’s ace in the pack, striker Aleksandar Mitrovic, has proven Premier League pedigree, while Anthony Knockaert’s loan move from Brighton has been made permanent. Winger Neeskens Kebano has agreed a two-year contract extension and left-back Antonee Robinson has arrived from Wigan for an undisclosed fee.