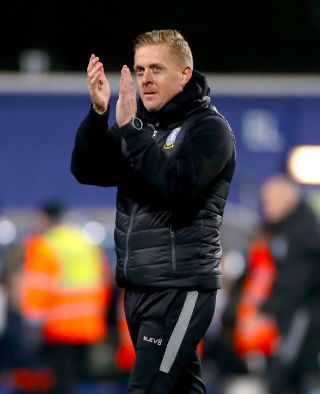 Sheffield Wednesday boss Garry Monk admitted the Owls will have to be realistic in their striker search after squeezing past Walsall on penalties after a goalless Carabao Cup first-round tie.

They ultimately triumphed 4-2 on penalties as Barry Bannan, Windass, Kadeem Harris and Brown netted from the spot.

With the Owls beginning the Championship on minus 12 points next week after breaking spending rules, Monk wants more firepower – but conceded it could be difficult to come by.

“We’re trying everything,” he said. “But we haven’t got the luxury of before which is understandable so we have to cut our cloth accordingly and work in the market we can work in.

“I’m delighted with the players that have come in but it’s about finding the right ones and that quality. We know we need to try to add a couple.

“I don’t think it’s a situation where we’re able to do what’s been done in the past but I’m sure, as the chairman has always done, if he feels he can support us then he will do.

“As a manager you want as much quality as you can but that can be expensive at times so we’re just going to work in a way that fits in with the club and where we’re at.”

He added: “We controlled the whole game against Walsall but just didn’t finish off the chances we created or the good positions we got into and that’s all work to be done.”

Walsall boss Darrell Clarke was proud of the way his side battled against their Championship visitors but was left to rue shoot-out misses from Josh Gordon and Alfie Bates.

He said: “The fitness levels, the workrate, the way the lads defended as a team was outstanding against a very, very decent team in Sheffield Wednesday who are obviously higher up the pyramid.

“It’s testament to the players for looking after themselves – it’s our first competitive game in 182 days and they deserve a massive pat on the back.

“I just thought over the course of the game we had a couple of opportunities where, if we looked after the ball with a bit of better quality, we could have hurt them and got that crucial first goal.

“I thought we defended superbly, looked quite compact and made it very difficult for Sheffield Wednesday to break us down.

“They were always going to get in one or two times where it was a little bit nerve-racking but we’ve had our opportunities in the game as well. I was really pleased with the performance.”