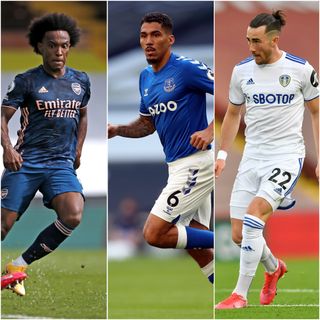 The start of the new Premier League season was marked by a number of impressive individual performances.

Here the PA news agency looks at some of those stand-out displays.

The accusation levelled at Arsenal over several years has been that, for all their attractive attacking play, they have been undermined by a weak underbelly. It is early days but Gabriel’s Premier League debut offered promise that the Gunners may, at last, have found the defensive linchpin they have desperately needed. The Brazilian centre-back, a £23million summer signing from Lille, is quick, adaptable, good on the ball, strong and offers hope of a long-term solution to their defensive weaknesses. A goal on debut was also a bonus.

Another Arsenal debutant opened up with a good start in his new surroundings as Willian had a hand in all three goals against Fulham. It was not really that much of a surprise considering the Brazilian is an experienced Premier League campaigner, with 235 appearances for Chelsea before his move across London, but the Gunners taking him on a free transfer already looks a canny piece of business.

Salah became only the second player in the Premier League era to score on the opening day for the fourth consecutive season and, although his hat-trick contained two expertly-dispatched penalties, there was much more to his performance. On a day when many of his team-mates were well below their best the Egypt international looked a continual threat and after scoring ‘only’ 19 league goals last season – his worst return in three seasons at Anfield – he is off to a flier.

The on-loan Manchester City winger had the honour of scoring Leeds’ first goal on their return to the top flight after a 16-year absence. Cutting in from the left he had England internationals Trent Alexander-Arnold and Joe Gomez trailing in his wake before rifling a low shot past Alisson Becker. His performance – he gave Alexander-Arnold a tough afternoon – was typical of Leeds’ approach to life back in the big time.

The Brazil international has been the least-heralded of Everton’s three new signings but he arguably has the most important role, providing a screen in front of the back four and being the ball-winner the Toffees have lacked since the departure of Idrissa Gana Gueye. Manager Carlo Ancelotti knows exactly what to expect from the £21million signing, having worked with him recently at Napoli, but his man-of-the-match display in the win over Tottenham – their first over a ‘big six’ side since 2013 – gave everyone else a glimpse of his importance. James Rodriguez, another signing who has worked with Ancelotti before, also made a hugely impressive start to life with the Toffees.