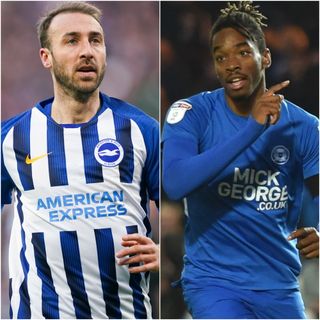 Just 38 days on from last season’s play-off final, the 2020-21 Sky Bet Championship campaign gets under way on Friday when Watford face Middlesbrough at Vicarage Road.

Here, the PA news agency looks at some of the key signings that have been made in the division ahead of the big kick-off.

We are delighted to confirm the signing of Glenn Murray on a season-long loan deal from @OfficialBHAFC 🙌— Watford Football Club (@WatfordFC) September 1, 2020

The Hornets, looking to bounce back to the Premier League at the first attempt under new boss Vladimir Ivic, have brought in Murray on a season-long loan from Brighton – a player who turns 37 this month and over the years has amply demonstrated his scoring ability in the top two tiers. He only netted one top-flight goal last term, but it was 13 the season before that and he will be eager to show that he still has plenty to offer.

Daniel Farke’s Norwich have made a number of additions since finishing bottom of the Premier League last term with the division’s lowest tally for goals scored and highest for goals conceded. As well as the likes of Jordan Hugill and Kieran Dowell being recruited on the attacking front, defender Gibson has been brought in on loan from Burnley and the Canaries will hope the 27-year-old can rediscover the sort of form that saw him receive a senior England call-up in 2017.

While the beaten play-off finalists have lost the services of the Championship’s 2019-20 joint top-scorer in Ollie Watkins, they have acquired the man who topped the League One list in Toney. The former Newcastle striker netted 24 league goals for Peterborough last term to add to 16 in 2018-19 and could make a major difference to Thomas Frank’s team.

England Under-21s midfielder Gibbs-White has arrived at Swansea on loan from Wolves, for whom he made only seven league appearances in 2019-20. It could bring out the best in him – the season-long deal reunites him with Steve Cooper, his manager when he won the Under-17 World Cup with England in 2017.

Certainly it will be interesting to see how the 33-year-old Mikel, who won the Champions League, Europa League and Premier League during his time with Chelsea, will fare at Stoke as they look to continue rebuilding under Michael O’Neill. The Nigerian midfielder has recent experience of the Championship, having spent the second half of 2018-19 with Middlesbrough.