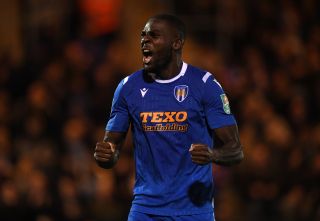 The newly promoted League One side went 2-1 up in the 55th minute when Danny Mayor beat his marker and smashed home from inside the box.

Cooper made superb saves to deny Manning and Bright Osayi-Samuel before central defender Scott Wootton came to the keeper’s assistance to clear Aramide Oteh’s goal-bound shot off the line.

Wootton again cleared off the line when substitute Paul Smyth’s effort beat Cooper and came off the post with 15 minutes remaining.