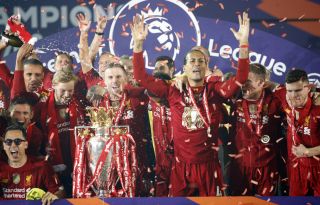 The fixture list is one of the most valuable pieces of information available to a Fantasy Premier League manager when selecting a squad.

To help in that department, the FPL website offers a Fixture Difficulty Rating system (FDR) which assigns a score out of five to each match, based on the opponent and which team is at home.

However, that system is limited. For example, a score of one is never assigned to a match, while there are currently only two fixtures with a rating of five – Liverpool and Manchester City away – leaving just three bands of difficulty to cover the remaining opponent and venue combinations.

While FDR remains a handy means of quickly assessing how easy a player’s upcoming gameweeks, it would be nice to be able to separate Sheffield United away from Man City at home (both currently assigned an FDR of four).

Buried in the FPL website’s code is another metric called ‘strength’, which appears to power the FDR rating. Helpfully, strength is presented on a much more granular scale, which allows us to identify potentially misleading FDR ratings.

The current strength ratings range from 1,000 (Fulham at home) to 1,350 (Liverpool and Manchester City away) but we can map these onto the same scale as FDR to make a direct comparison.

Looking at the nine fixtures rated a four on the FDR scale, we can see that playing Liverpool and Man City at home (FDR four) are actually considered much closer in difficulty to an FDR rating of five than they are to facing Leicester and Sheffield United away (also rated FDR four).

In practical terms, this means that Dominic Calvert-Lewin could find goals harder to come by in gameweek one against Tottenham than Raul Jimenez, who faces the Blades, despite both men showing fours on their fixtures tab.

Turning our attention to matches with an FDR of three, we can see that hosting one of Chelsea, Tottenham or Arsenal is considered far more taxing than a trip to Newcastle or the visit of Burnley, even though all of these matches are rated the same for FDR.

A casual skim through the FDR values for gameweek one would also suggest that Fulham and Crystal Palace’s opening fixtures are roughly equivalent.

However, consulting the strength ratings reminds us that the Cottagers face a sterner test from Pierre-Emerick Aubameyang and his teammates this weekend than the Eagles will get from visitors Southampton.

Finally, in the ‘easiest’ bracket – matches with an FDR of two – it is not surprising to see both home and away games against the three promoted teams occupying the bottom six spots.

This might seem harsh on Leeds, who are priced as a mid-table club by many bookmakers, but it serves to remind us that a trip to the Hawthorns is probably going to be less challenging than a visit from Carlo Ancelotti’s new-look Everton side.

Therefore while the FDR scores suggest that Harry Kane and Jamie Vardy face the same level of opponent in their opening matches (West Brom away and Everton at home), the strength ratings imply that Vardy should find it easier to open his account this weekend.