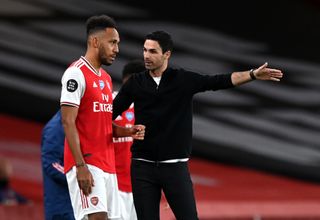 Fantasy football tips are all well and good, but what fans of the game really want to know is what the cream of the crop are doing.

With that in mind, we have identified a sample of 500 elite managers who have finished in the top 10,000 in the Fantasy Premier League on multiple occasions.

By analysing how those managers have been setting their teams up after just two gameweeks, we can get a glimpse into how the best have approached the campaign so far.

A good captaincy choice is often the difference between a good and a great gameweek score, but how do the elite manage the armband?

It might be assumed that the best managers are masters of giving the armband to little-known players who go on to score big, but the numbers show that they are actually quite conservative with their choices.

That much is illustrated by the fact that more than 95 per cent of their captaincy picks so far went to either Arsenal’s Pierre-Emerick Aubameyang or Liverpool’s Mohamed Salah.

The distribution of the armband to two £12m players is the sensible choice, with both players expected to be 200-point players in an FPL campaign. Rotating the armband between the two then would be with an aim to adding at least an extra 200 points across the season, rather than chasing huge one-off scores from cheaper alternatives.

When it comes to transfers, one of the biggest challenges can be knowing whether to make a multitude of changes early on or to keep faith in your original picks until the dust settles.

Analysing the elite bosses’ movements between GW1 and GW2 however shows that the only thing they consider a bad move at this stage is making more than two transfers.

Just 2.2 per cent of our 500 managers have taken an eight-point hit in order to make three transfers and none have forfeited more than eight, while 7.2 per cent opted to use their wildcard between the first and second gameweek.

A whopping 65 per cent meanwhile stuck to between zero and one transfer, demonstrating restraint early on, while 25 per cent decided it was reasonable to take a four-point hit in order to make two transfers.

The lesson? Don’t throw too many points away in the pursuit of wholesale changes.

When they did make transfers however, this is who the cream of the crop saw fit to buy and sell.

The elite are jumping aboard the Everton bandwagon, with new arrival James Rodriguez and Dominic Calvert-Lewin both receiving their backing after GW1.

Rodriguez saw his ownership among this group of 500 managers rise from six to 131 between his first and second league game for the club, despite only scoring three FPL points in GW1, while DCL went from 77 backers to 145 in the same period.

Both moves were rewarded with double-figures points returns after a Calvert-Lewin hat-trick and a goal/assist combination for Rodriguez.

Chelsea’s Kai Havertz and Southampton’s Danny Ings however have not fared so well with this group.

Havertz’s opening week blank was enough for 81 to sell the new Blue, while Ings saw a whopping 105 drop him after no goals against Crystal Palace on day one.

Such a move shows that even the most astute FPL managers get it wrong sometimes – Ings notched a brace in GW2 against Tottenham for an 11-point return.