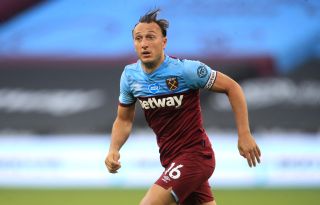 Fantasy Premier League managers who scour the official website for tips each week will be aware of the game’s Creativity and Threat metrics, but do you know how to use them?

According to the Premier League website, Creativity “assesses player performance in terms of producing goalscoring opportunities for others” while Threat produces “a value that examines a player’s threat on goal”.

In layman’s terms, then, Creativity scores hint at how many assists a player could expect to have registered, while Threat scores do the same but for goals.

So how should you interpret the numbers?

Even though the official site doesn’t say how much Threat is equivalent to a goal, by studying a large sample it is possible to see the ratio of Threat to goals.

Therefore, by adding up a player’s Threat and Creativity points, we can calculate how many goals and assists they ‘should’ have registered according to their statistics.

Which players offer the most goal threat?

To help you choose between the Premier League’s wealth of attacking options, we’ve calculated the players with the highest average Threat per 90 minutes since last season resumed in June.

No player posed more of a threat in the latter part of last season, with Pierre-Emerick Aubameyang, his more popular rival at the £12m price point, not even making the top 10.

Similarly, Raheem Sterling is far less popular than his team-mate Kevin De Bruyne despite having looked far more dangerous in front of goal during the run-in.

Managers are flocking around Chelsea’s new signing Timo Werner, and if he receives a similar level of service to the evergreen Olivier Giroud then the young German could comfortably repay that faith.

Which players are the most creative?

Casting our eye over the players with the highest average Creativity per 90 minutes in the same period, we have a clear winner.

For those who can’t afford the Belgian maestro’s £11.5m price tag, his Manchester City colleagues Bernardo Silva and Riyad Mahrez will represent cheaper alternatives when they return to action.

And managers with even less money to spend might have their interest piqued by Mark Noble and Conor Hourihane, who both offer intriguing budget options.

However, with West Ham’s opening fixtures looking tough and Aston Villa not playing in Gameweek 1, both players are probably better suited to your watchlist than your initial squad.

Managers who have already filled all five midfield slots should take note of the only defender to appear in either of these lists: Liverpool’s Andy Robertson.

The Scot is an automatic starter for the Reds when fit and his offensive output means that he can be thought of as a midfielder who gets bonus clean sheet points.