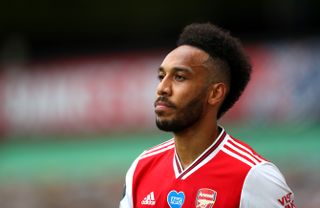 It’s important to start any Fantasy Premier League campaign on the right note, so how should your squad look ahead of the first deadline of the 2020-21 season?

The answer can – to an extent – be found by looking at the fixture difficulty of each team.

The FPL’s Fixture Difficulty Ranking (FDR) system rates a team’s fixtures from one (easy) to five (very difficult), so a player with plenty of FDR two games to come might be a favourable FPL pick.

With that in mind, this is how each team’s first 10 games looks according to the FDR system.

In terms of promoted teams, the above graphic demonstrates you should probably avoid Leeds United to begin with.

The six games after that look more favourable for Marcelo Bielsa’s side, but they could be in for a baptism of fire before then.

The Championship’s two other promoted sides look a bit more reliable, with West Brom for example not having a fixture ranked four or five on the FDR system until their ninth game.

That could make midfielder Matheus Pereira a snip at £6million, as well as potentially giving him the time to find his feet.

Fulham meanwhile have six fixtures ranked just two on the FDR scale in their first 10 games, which could prompt plenty to plump for Aleksandar Mitrovic as their bargain striker.

While it’s important to keep an eye on the fixtures of the promoted sides, it is also prudent to make sure you pick players from the traditional big clubs at the right time too.

That said, while Manchester United won’t play in gameweek one, their fixtures are so attractive that it might be worth bringing at least one of their players in ahead of the first weekend of the season.

United’s first nine fixtures of the season are all ranked two or three on the FDR system, and three players in particular could take advantage.

Anthony Martial, Bruno Fernandes and Marcus Rashford all finished the 2019-20 season strongly – could they score goals and notch assists in abundance here?

Elsewhere, it might be wise to pick Pierre-Emerick Aubameyang for the first two games before swapping him out for one of Manchester City’s big hitters.

Auba will play as a midfielder in the FPL this season, meaning his goals are worth more points, and with fixtures against Fulham and West Ham to start who’s to say he won’t score immediately?

Even so, it would be worth considering swapping him out thereafter for one of Kevin De Bruyne or Raheem Sterling, who don’t have a game ranked four or higher on the FDR system until gameweek seven, but will miss the first gameweek.

Both City men are currently £0.5m cheaper than the Arsenal star too – such a switch could leave your mini-league rivals in the dust.