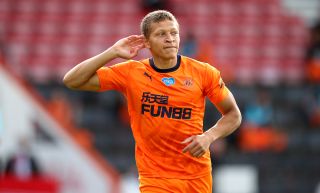 The compressed Premier League schedule and additional permitted substitutions have created a wealth of opportunities for fringe players to make their mark this season.

Whether you’ve saved your Free Hit chip for the final day, need a makeweight to bring in a big hitter or are just worried about squad rotation, a cheap asset who delivers points can be pivotal with just one round of matches remaining.

We’ve identified the five cheapest players in every position who have scored at least 20 points since the season resumed and are available for selection in Gameweek 38+.

Four forwards who cost £5.5million or less and had failed to find the back of the net when the action stopped in March now have at least two goals to their name since the restart: Dwight Gayle, Dominic Solanke, Che Adams and David McGoldrick.

Gayle is the cheapest of the bunch and has played the most minutes and scored the most goals.

The Arsenal academy dropout faces Liverpool on the final day but the Reds’ defence does not seem as impenetrable as it did back in January after conceding to both Brighton and Burnley in recent matches.

Former Liverpool man Solanke is also a decent punt, with Bournemouth fighting for their lives and his brace against Leicester demonstrating that he has the potential to step up.

Of course, there is one forward who costs less than this quartet and has more points than any player valued at less than £5.0m since the resumption – Mason Greenwood is the most attractive choice amongst cheap forwards but he is now owned by more than a quarter of managers and faces a tricky trip to Leicester.

Sander Berge will not be the most popular man amongst certain sections of the FPL community for stealing the place of their hero John Lundstram.

Berge does not have the luxury of the four points per clean sheet that Lundstram gains as a result of his misclassification as a defender but he has still amassed 30 points since the restart.

This is the highest tally amongst the four midfielders with a £4.7m price tag who have broken the 20 point barrier in that time.

For those looking to spend as little as possible, Leander Dendoncker has just one point fewer than the Sheffield United man and provides a further saving of £0.3m.

A trip to Chelsea is not ideal but Wolves have shown that they can mix it with the big boys this season.

No need to go bankrupt at the back

Aston Villa go into the last match of the season with more than a fighting chance of remaining in the division and that is thanks in no small part to two of their budget defenders.

Ezri Konsa and Tyrone Mings have kept two clean sheets in the last three gameweeks and each has been directly involved in one of Villa’s two most recent goals.

Cheaper than either man is Brighton teenager Tariq Lamptey. The youngster did not play a single minute until gameweek 20 and had no further involvement in the 10 matches that followed but has now played seven in a row, collecting 23 points in the process.

A final day clash with Burnley is a decent opportunity to add another shutout to his collection.

An even cheaper alternative is Brandon Williams. The Manchester United full back may not have racked up the required 20 points to make our list but he is the only player in the entire game costing less than £4.0m who has played since June 17.

With Luke Shaw a recent victim of an ankle injury, Williams could well start the last match of the campaign.