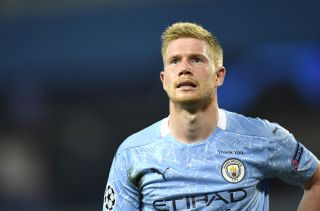 Ever since the new Fantasy Premier League season launched in mid-August, we have been tracking the ownership of each player over time.

This has allowed us to build up a detailed picture of how managers have reacted to transfers and other events.

Here we’ve looked at the biggest rises and falls in ownership since the release of the new season’s fixtures to illustrate how the market has been moving.

Trent Alexander-Arnold is currently the only player owned by more than half of all managers, but prior to the fixtures being released there was somebody even more popular.

Before it was revealed that Manchester City had a blank in gameweek one, Kevin De Bruyne was owned by 62.6% of managers.

A reluctance to carry such an expensive asset on the bench has seen the Belgian’s ownership drop to around a third, but expect a huge rise in his popularity – and price – before City take to the pitch.

Manchester United’s Bruno Fernandes was also popular – owned by more than 40% of managers – before his blank was confirmed.

Given that United’s following two fixtures are against a Crystal Palace side missing half of its defence followed by a trip to Brighton, he is also likely to be one of the most transferred-in players ahead of the gameweek two deadline.

It’s not just players from the Manchester clubs who have suffered as a result of the fixture list – Burnley’s Nick Pope was last season’s top-scoring goalkeeper and was owned by almost a third of managers when the game launched, but that has now dropped to around 20%.

Hakim Ziyech’s popularity meanwhile benefited from him being one of the first signings in Chelsea’s summer splurge and the Moroccan received a further boost when the Blues’ fixtures were announced.

However a subsequent injury and the arrival of more illustrious names at Stamford Bridge has seen his ownership plummet.

With Arsenal’s first two fixtures having a Fixture Difficulty Rating of two, before a tough trip to Anfield and another to the Etihad not long afterwards, a popular strategy is to start the season with Pierre-Emerick Aubameyang and then replace him with a premium Manchester-based midfielder.

Aubameyang’s reclassification as a midfielder along with both Manchester clubs having a blank in the first gameweek has paved the way for a newcomer to become the most sought-after premium forward: Timo Werner has already found the net in pre-season so optimism abounds that he’ll hit the ground running.

Son Heung-min has been another beneficiary of the fixture schedule, with four of the seven midfielders who are more expensive than him sitting out gameweek one.

Buoyed further by Tottenham’s easy-looking start to the season, his ownership doubled in a little over four days following the release of the fixture list.

And finally, a long-term injury to Wolves’ first-choice left back Jonny has seen Ruben Vinagre emerge as a cheap way into the Wolves defence – however, the signing of another left-sided defender in Marcal, and rumours of more competition arriving, means that he may lose his appeal.