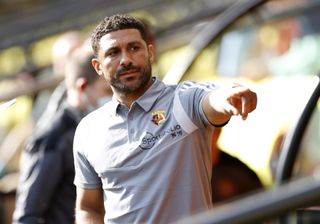 Hayden Mullins has been appointed assistant manager at Colchester.

The 41-year-old former Crystal Palace and West Ham midfielder becomes Steve Ball’s number two at the U’s after spending the last four years on the coaching staff at Watford.

Mullins was involved with both the under-21 and under-23 squads during his time at Vicarage Road and also took caretaker charge of the senior team twice last season, following the departures of Quique Sanchez Flores and Nigel Pearson.