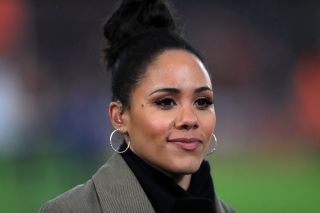 Former England defender Alex Scott believes the WSL can “hand on heart” claim to be the best league in the world following a string of high-profile signings.

Ex-Arsenal defender Scott, who retired from football two years ago, feels the influx of talent is a mouthwatering prospect and signifies a major milestone for a competition which launched a decade ago.

“I love it. It’s so exciting. I think when the WSL started, it always had the ambition to want to go on to be the best league in the world,” said Scott.

“What we are seeing now, we’ve got Euro medallists, World Cup winners, we’ve got our homegrown stars like Lucy Bronze, Alex Greenwood coming back, and that’s what you want.

“It shows the development and everything the FA have done to make sure the women’s game over here is at a stage where we can hand on heart say we are the best league, because we really are.

“All the best players want to come and play over here now. It’s such an exciting prospect to be a part of right now in this country.”

Women’s football has received a further boost after the Football Association announced a three-year deal for the Women’s FA Cup to be sponsored by health and life insurance company Vitality.

The competition will be known as the Vitality Women’s FA Cup from the quarter-finals of the 2019-20 tournament, which are due to be played later this month, until July 2023.

Scott, a Vitality ambassador, has a strong connection to the FA Cup, winning it seven times with the Gunners, most recently in 2016.

Kelly Simmons, the FA’s director of the women’s professional game, described the investment as “significant”, without going into specific financial details.

Given the uncertainty created by the coronavirus pandemic and current fan restrictions, she believes the deal illustrates the growing power of women’s football.

“At the moment, sports sponsorship would be a difficult space to try and get new partners in because nobody knows the true impact yet of Covid,” said Simmons.

“This just demonstrates – even more so than usual really – where women’s football is at in this country, that it can bring a big brand in like Vitality, investing significantly in this climate.

“It’s on a big growth trajectory and every aspect of it is growing rapidly. It’s really exciting.”