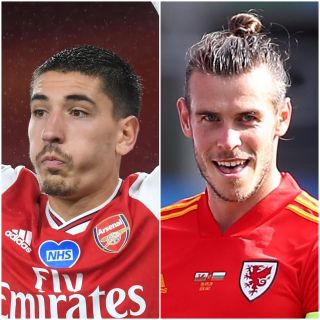 Arsenal are reluctantly ready to sell Hector Bellerin, with Paris St Germain favoured as his destination. The Independent says the Ligue 1 side have contacted the 25-year-old’s representatives, who the Gunners would be willing to part with to raise funds to buy another midfielder. Sevilla are among the other clubs interested in the Spain international.

Real Madrid are willing to pay as much as 50 per cent of Gareth Bale‘s salary to get him off their books, according to The Daily Telegraph. The 31-year-old last week said he would consider a return to England, seven years after leaving Tottenham, and the paper reports Real will subsidise half of his £600,000-a-week to ensure the winger leaves the Bernabeu.

Striker Troy Deeney is set to leave Watford and the relegated club will not stand in his way, reports the Daily Mail. The 32-year-old wants to leave Vicarage Road to continue playing in the Premier League, with insiders saying the Hornets will not block their long-serving captain from departing but hope he will do so only on loan and later return.

The Daily Mirror says Manchester United have made a breakthrough in their efforts to sign Jadon Sancho. A deal has been reached over personal terms and agent fees, but the sticking point remains securing an agreement with Borussia Dortmund. The England international’s club are unwilling to sell him for less than £100 million and United only want to pay £80m for 20-year-old.

Alaba could be on his way to the Premier League this summer https://t.co/foofhHRugy— talkSPORT (@talkSPORT) September 9, 2020

Moise Kean: Calciomercato says the Italy striker wants to return to Juventus, who the 20-year-old left for Everton last year.