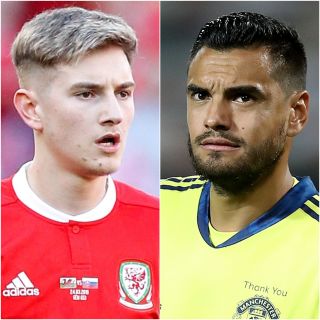 Leicester have moved in front of Manchester United as the likely destination of winger David Brooks. The Manchester Evening News reports the versatile 23-year-old, who can also play in central midfield, is expecting an offer from the Foxes in coming weeks. United’s pursuit of Jadon Sancho has seen them slip below Leicester for the Wales international, who is fancied to leave relegated Bournemouth.

Meanwhile at Old Trafford, chief executive Ed Woodward will consider offers for goalkeeper Sergio Romero as the club tries to raise the funds to buy Sancho. Romero has dropped to third-choice behind David De Gea and Dean Henderson, with the Daily Express citing Sky Sports as saying Woodward is interested in offers for the 33-year-old Argentina international.

Michy Batshuayi could be headed for a return to Selhurst Park for a season, according to the Daily Mail. The 26-year-old striker is expected to sign a one-year extension at Chelsea and then rejoin Crystal Palace, where he scored seven times in 13 games during the second half of the 2018-19 campaign. At Stamford Bridge, internationals Timo Werner, Tammy Abraham and Olivier Giroud all sit ahead of the Belgium striker, who has also had successful loan spells at Borussia Dortmund and Valencia.

Paris St Germain have offered Arsenal the custodian services of Alphonse Areola on a season-long loan, according to the Sun. Emiliano Martinez has performed well since replacing the injured Bernd Leno, but the back-up goalkeeper is being courted by Aston Villa. France international Areola, 27, offers the Gunners significant experience and a pair of hands that have won titles in Spain and his native country.

"He was having problems at Arsenal and I said to myself: 'Why not do a loan for 6 months with us'"https://t.co/2hLUBxGB0R— Mirror Football (@MirrorFootball) September 9, 2020

Georginio Wijnaldum: The Daily Mail says Jurgen Klopp will hold talks with the Netherlands midfielder about his future when he returns from international duty, as Barcelona’s interest continues to grow in the final 12 months of the 29-year-old’s contract at Anfield.