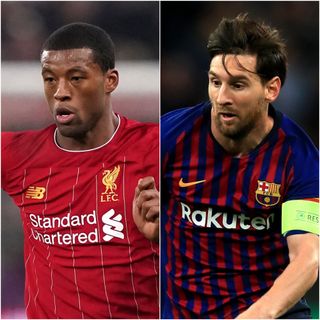 Newly installed Barcelona manager Ronald Koeman is looking to splash the cash, with Liverpool’s GeorginioWijnaldum top of the wish list, the Daily Mail says. The Dutchman has been at Anfield since 2016 and Jurgen Klopp could look to Bayern Munich’s ThiagoAlcantara as a replacement, the paper adds.

Meanwhile, the LionelMessi saga continues with the Daily Telegraph reporting that the Argentina international could command a transfer fee of as little as £88million.

Bournemouth’s Callum Wilson could be leaving the Vitality (Mark Kerton/PA)CallumWilson is being chased by a pair of Premier League clubs, with Aston Villa and Newcastle keen on the England striker, the Daily Telegraph says. Wilson has scored 61 goals in 171 appearances for Bournemouth, who were relegated last season.

Watford may allow their striker Troy Deeney to leave the club on loan, reports the Daily Telegraph. But the Hornets will look to recall the 32-year-old if they are successful at bouncing back to the Premier League.

Matteo Guendouzi: The Arsenal midfielder will not be heading to Paris St-Germain after the Ligue 1 side opted not to sign the 21-year-old, says the Daily Telegraph.

Gonzalo Higuain: The offers are piling in for the Juventus forward, with clubs in France, England, Spain and China all interested, reports Tuttosport.

Eric Garcia: The teenager is set to leave Manchester City when his contract expires at the end of the season, writes the Sun.