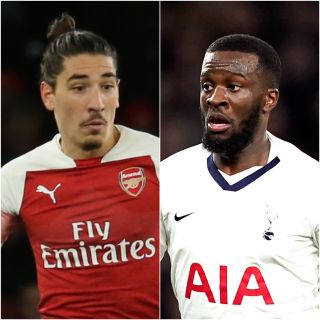 Tottenham’s record signing TanguyNdombele could be on his way out of the club after only one season, the Daily Mirror says. The French midfielder joined Jose Mourinho’s side for £54million, but the Portuguese does not feel he is suited to the Premier League.

Paris St Germain have run the rule over Arsenal’s HectorBellerin and are looking at signing the defender for a fee in the region of £30million, the Daily Mail says. The Gunners may look to cash in on the Spaniard to help fund summer transfer plans.

Inter Milan are keen on signing N’GoloKante, but Chelsea will look for a fee north of £80million for the 29-year-old midfielder, reports the Daily Express.

Everton are on the cusp of bringing in JamesRodriguez from Real Madrid, according to the Daily Mail. Carlo Ancelotti is also looking to bolster the Toffees’ midfield with the signing of Allan from Napoli according to reports.

RB Leipzig have had an opening offer for Crystal Palace forward AlexanderSorloth turned down, reports the Daily Mail. The Champions League semi-finalists made a bid of around £20million for the Norway international according to the paper.

Abdoulaye Doucoure: The Watford midfielder could be leaving England with Monaco said to be interested in the 27-year-old after Everton were rebuffed by the Hornets, says the Evening Standard.

Mesut Ozil: The midfielder has been offered a contract by Saudi Arabian side Al Nassr worth £18million, according to Fanatik.