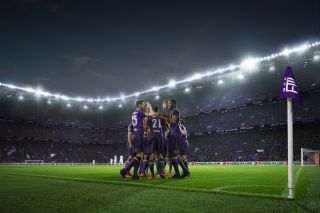 For a certain breed of football fans, it's the most exciting day of the year. Opportunity, glory, frustration and even a healthy smattering of dread lie in wait as a new edition of Football Manager is released to the world.

Can we really take Morcambe to the Premier League again? Can we return Slavia Prague to the pinnacle of European football? Is Colin Cooper willing to be an assistant manager in Turkey? The answer to these questions, and so many others, will be revealed on - drumroll please - November 24, 2020.

Yes, SEGA have confirmed the official release date of Football Manager 2021 on the Epic Games Store and Steam, meaning we can all start making our annual adjustments - spend some quality time with loved ones while we still can, get down the pub for a for a few farewell bevvies with mates, start dropping hints about a non-existent relative we may need to visit on certain weekends. Let the obsession begin!

This year's edition is available to more gamers than ever before, with the announcement that Xbox is returning as a partner platform for the first time since 2007, alongside the regular PC and Mac versions. Football Manager Touch will also be available for iOS, Android and Nintendo Switch from December. There are plenty of new features, updates and rejigs to get excited about too.

According to the official press release, FM21 places a renewed focus on the role of the manager, adding more tools that allow managers to develop their personalities and prowess. A Pep Guardiolaesque roll-neck in the wardrobe, perhaps? A strong stance on Brexit a la Neil Warnock? We can't wait to find out.

New additions and game upgrades promise to deliver unparalleled levels of football authenticity and extra layers of depth and drama. Detailed info on new features and licensing agreements will be unveiled in early October on FM's social media channels, so keep your eyes peeled for that.

Sports Interactive’s studio director, Miles Jacobson, said: “Football Manager 2021 is a historic release for us as a studio. We’re bringing FM to more platforms than ever before and giving more people the chance to manage their favourite club – whether that’s on their PC, from the comfort of their sofa or on their phone or tablet.”

For more information on the FM21 series on all platforms, visit www.footballmanager.com