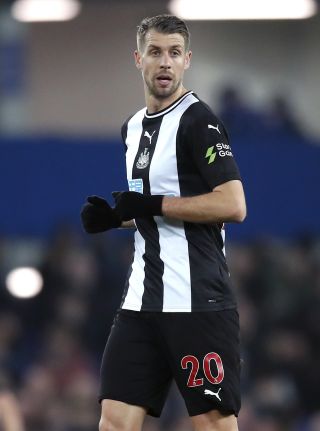 The 29-year-old Frenchman will play alongside former Magpies team-mate Joselu in Spain.

A club statement said: “Newcastle United defender Florian Lejeune has completed a loan move to Spanish LaLiga side Deportivo Alavés for the duration of the 2020/21 season.

“Lejeune will be reunited with former Magpies teammate Joselu, who arrived at the Mendizorrotza Stadium last summer, as well as manager Pablo Machín, who coached him during his time at Girona during the 2014/15 season.”

The central defender joined Newcastle in an £8.7million switch from Eibar in July 2017 and has represented the club on 44 occasions.

However his time on Tyneside has been blighted by two cruciate ligament injuries and he made only nine appearances last season, three of them in the FA Cup.