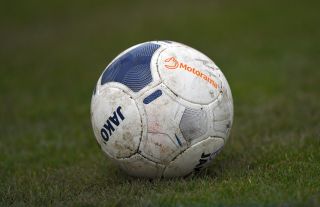 A limited number of spectators will be permitted to attend specified non-league and women’s matches from Saturday.

The Football Association has announced a phased return of fans at clubs playing in steps three to six of the men’s National League System (NLS) and teams in tiers three to four of the women’s football pyramid.

Spectators will be allowed through the turnstiles for games played between August 22 and 30, providing their number does not exceed 15 per cent of the minimum ground grading capacity at these levels.

A limited number of spectators will be permitted to attend matches at steps three to six of the National League System and tiers three to four of the Women's Football Pyramid from Saturday 22 August:— The FA (@FA) August 19, 2020

From August 31, clubs will be permitted to allow spectators to attend fixtures provided their number does not exceed 30 per cent of the minimum ground grading capacity.

If a club does have any fixtures before August 30, they must play at least one pre-season or competitive match at the 15 per cent threshold, before moving on to the 30 per cent limit.

Fans have been unable to attend matches played in the top 10 tiers of men’s football since the coronavirus pandemic took hold in March.

Regional NLS feeder league clubs and clubs at tiers five to six of the women’s game are also permitted to accommodate socially distanced spectators in line with the FA’s guidelines for grassroots football.

The phased return of spectators at these levels was confirmed by the governing body following discussions with the Department for Digital, Culture, Media & Sport and the Sports Grounds Safety Authority.

It will remain under constant review in line with Government guidelines and, if necessary, amended accordingly.