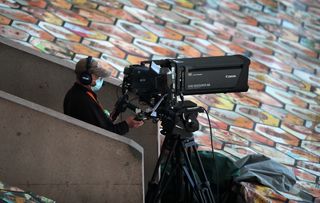 The news that the Saturday 3pm TV blackout will be lifted when the new season starts, as reported by The Times, could have a lasting impact on British football.

The announcement means all Premier League matches will almost certainly be made available to broadcast to British viewers from September 12 - including games played at the previously sacrosanct 3pm slot.

Championship, League One and League Two matches will also be available to watch, either on Sky or streamed through the EFL ifollow platform.

The blackout is an integral part of football broadcasting, designed in the 1980s to ensure as many football grounds across the country are filled with matchgoers, who would be unable to otherwise watch the games live. Given fans are unable to attend matches anyway, the FA has agreed to a temporary lifting of the blackout.

This represents a shift in stance from decision makers, who initially vowed to uphold the original Sky and BT Sports contracts for the coming season, meaning 40 percent of matches would not be available to watch live.

TRANSFERS Every Premier League transfer of the window so far

Leading Premier League clubs were worried fans would find ways to watch the game illegally, however, and have pressured Premier League bosses to offer pocket-lining alternatives.

Televising all games means clubs can offer their season ticket holders access to watch the matches via the subscription platforms, as was the case during Project Restart, when all fixtures were behind closed doors. Other fans will also be able to pay to watch the games, though exactly where they will be shown is as yet unknown.

The effect of the pandemic on football has been massive, from throwing calendars out of whack to pushing many clubs to the brink of bankruptcy, and it’s crucial for things to return to normality as soon as possible. This includes the 3pm TV blackout.

Anyone who thinks that’s a guarantee as soon as fans are allowed back into stadiums needs only look at how close football came to having the five substitutions rule changed permanently.

When the season resumed in June, it made sense, from a health and fitness standpoint, to allow five substitutions, but nobody ever said they wanted it forever. Thankfully, Premier League clubs recently voted against a permanent law change which would have given bigger clubs even more advantage and wasted a lot of match time.

If the permanent lifting of the 3pm TV blackout is also put to a vote in future, clubs must veto that too. Additional TV revenue will be tempting for owners, but the loss will be felt in other ways. Fewer fans will want to go to matches if they can stay at home and see the action, meaning emptier stadiums and a loss of income for businesses located around grounds.

With capacity crowds a long way off, lifting the 3pm blackout makes sense for the time being. It must, however, be a temporary change.