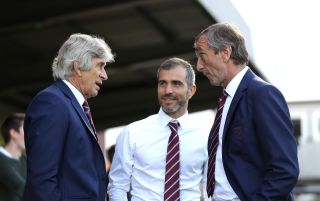 Following the departure of Paul Harsley at the end of his contract, the 40-year-old Italian has been put in charge of the elite development squad.

Maresca made his senior breakthrough with West Brom before moving onto play for Juventus, Fiorentina and Sevilla, among others.

An Italy Under-21 international during his playing days, he spent time coaching with Ascoli and Sevilla before working under former City boss Manuel Pellegrini at West Ham.

Maresca now takes the reins of the development squad, while Carlos Vicens will take charge of City’s Under-18s following Gareth Taylor’s appointment as manager of the women’s team.