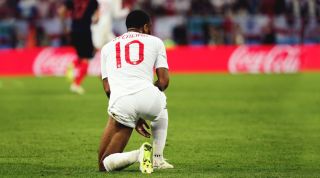 LATEST ODDS ON ENGLAND VS DENMARK

Victory over Denmark on Wednesday would leave England needing a maximum of four points from their remaining two Nations League fixtures to advance to the Nations League Finals.

England are in a strong position, even if their performances so far this season haven’t always been convincing. They relied on a late penalty to beat Iceland in their first encounter, before being held to a 0-0 draw by Denmark in Copenhagen last month.

England were also second best for much of Sunday’s tussle with Belgium, and they owed their eventual victory to a Marcus Rashford spot-kick and Mason Mount’s deflected strike. Still, those with half-full glasses will rightly point out that a win over the world’s top-ranked team can never be construed as a negative.

There’s certainly room for improvement as far as performances are concerned, and Gareth Southgate will hope to see a more convincing display from his charges on Wednesday. England supporters, meanwhile, are keen to see Jack Grealish restored to the starting XI following his tremendous debut showing against Wales last week.

Southgate has been accused of a tendency towards caution in recent days, and the visit of Denmark offers England the chance to show their more expansive side. Kasper Hjulmand’s charges certainly shouldn’t be written off - they were excellent in their 3-0 triumph over Iceland at the weekend - but England will be expected to take the game to their opponents at Wembley.

Dominic Calvert-Lewin will play his third international in a week if Harry Kane isn’t considered fit enough to start, while Jadon Sancho also looks set to return to the starting XI.

Premier League stars Kasper Schmeichel, Andreas Christensen and Pierre-Emile Hojbjerg should all start for Denmark, with Christian Eriksen in line to make his Wembley return.

A win for the visitors would keep their own qualification hopes alive, but defeat could leave them looking over their shoulders if Belgium drop points against Iceland.

Kick-off is at 7.45pm BST and the game is being shown on Sky Sports Main Event and Sky Sports Football in the UK. See below for watching details where you are.