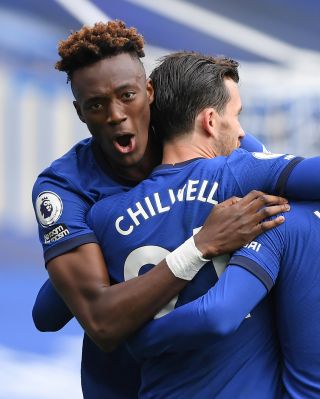 Tammy Abraham, Ben Chilwell and Jadon Sancho’s arrival to St George’s Park has been delayed while the Football Association investigate reports the three players attended a social gathering at the weekend which broke coronavirus rules.

With England set for a triple-header against Wales, Belgium and Denmark over the next nine days, the FA is trying to “understand if there is any risk to the wider group”.

Chelsea defender Reece James has been handed a first senior call-up, having been promoted from the Under-21s, but Raheem Sterling has withdrawn through injury.

As a precaution, the arrival of Tammy Abraham, Ben Chilwell and Jadon Sancho in to camp will be delayed.— England (@England) October 5, 2020

The forward sustained the problem during Manchester City’s 1-1 draw with Leeds on Saturday, a game in which he scored.