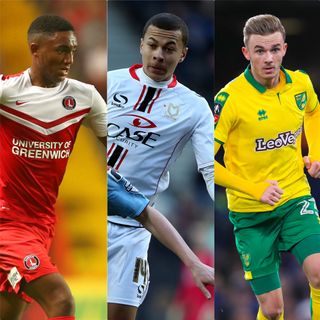 The issue of whether Premier League clubs should bail out their EFL counterparts is a hot topic at the moment, with the future of the English football pyramid under serious threat due to the financial impact of the coronavirus pandemic.

Top-flight managers have come together to call for support to help lower-league outfits, with the EFL having warned it faces a £200million collective loss if spectators cannot return in the 2020-21 season.

The EFL has provided the Premier League with some big stars over the years and, here, the PA news agency takes a look a selection of current players who started out at lower-division clubs and have moved up to English football’s top table.

Alli joined Tottenham from MK Dons at the age of 18 in February 2015 for an initial fee of £5million, having impressed with 12 goals in 25 League One games that term. He was immediately loaned back to the Dons and helped them secure automatic promotion to the Championship. He made his Spurs debut in August 2015 and was named young player of the year by the Professional Footballers’ Association in 2016 and 2017. He has also become a regular in senior England squads and featured at the 2016 European Championship and the 2018 World Cup.

Leicester signed Maddison, then aged 21, from Norwich for a reported fee of around £20million in summer 2018. The midfielder has since made 70 Premier League appearances for the Foxes, scoring 14 goals, and won his first and so far only senior England cap in a Euro 2020 qualifier against Montenegro last November. He was linked with Manchester United earlier this summer but last month signed a new four-year contract at the King Power Stadium.

What a result! Special moment for me and my family to score on my Premier League debut at Old Trafford! No better feeling. ❤️ pic.twitter.com/BQq8c6wiPF— Daniel James (@Daniel_James_97) August 11, 2019

Hull-born Wales international James became Ole Gunnar Solskjaer’s first signing when he moved to Old Trafford for £15million aged 21 in June 2019. Having scored five goals in 38 games during his breakthrough season at Swansea, James was handed a five-year deal at Manchester United, but has had mixed fortunes since the transfer and has struggled to secure a regular starting berth.

The first of many in claret and blue for Ollie Watkins! 🎯— Aston Villa (@AVFCOfficial) September 15, 2020

Watkins joined Aston Villa earlier this month from Brentford in what was reported to be a club-record £28million deal that could potentially rise to £33million. The 24-year-old, who netted 25 goals in the Sky Bet Championship last term and was just pipped to the golden boot by Fulham’s Aleksandar Mitrovic, signed a five-year contract at Villa Park and became the most expensive player with no top-flight experience to move from the Football League to the Premier League.

Defender Gomez joined Charlton at the age of 10 and made 21 Championship appearances for the Addicks in the 2014-15 season before joining Brendan Rodgers’ Liverpool in June 2015. He has so far made 74 top-flight appearances for the Reds, winning the 2019 Champions League and the 2020 Premier League, and has 10 senior England caps to his name.

The former France Under-21 international started out with Nice before switching to St Etienne in 2015 and then heading to England to join Brentford in 2017. Having impressed with 41 goals in 95 games for the Bees, the winger moved to Brighton last summer in a £16million deal. He bagged 10 goals in 37 goals during his debut season for the Seagulls.

Zaha moved to Manchester United aged 19 in a £10million transfer from Crystal Palace in what turned out to be Sir Alex Ferguson’s last signing before his retirement. The forward was bought on a long-term contract in the January 2013 transfer window before being loaned back to the Eagles for the remainder of the campaign. During his time at Old Trafford, Zaha made only two Premier League appearances, both as a substitute. He was loaned to Cardiff in January 2014 and then Palace in August of that year before the move became permanent six months later. In 2017 he switched his international allegiance from England to Ivory Coast.