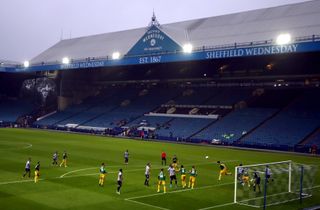 Positive talks have taken place between the English Football League and Sky Sports regarding a groundbreaking deal to show all matches live, the PA news agency understands.

Discussions are ongoing between the governing body and broadcaster with a view to every game from each of the three divisions being streamed on club websites during the 2020-21 season.

Football fans have been prevented from visiting stadia since football resumed in June due to coronavirus restrictions.

That policy will continue into the new EFL campaign, which starts on September 12, with a specific date for the return of spectators not yet determined.

A potential deal between the EFL and Sky Sports would help alleviate the frustration of match-going fans, while it could help offset the loss of gate receipts.

It is thought the arrangement will be reviewed on a regular basis and remain in place as long the majority of supporters are excluded from grounds.

Season ticket holders at Sky Bet Championship clubs were able to take advantage of a similar initiative during the closing stages of the prolonged 2019-20 season.