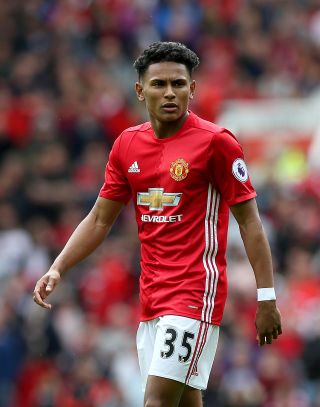 Demetri Mitchell is determined to make up for lost time after misfortune and bad timing cost the Manchester United academy graduate 18 months of his career and the chance to impress Ole Gunnar Solskjaer.

The 23-year-old’s long association with the Old Trafford giants came to an end this summer, having progressed through the ranks to make his senior debut on the final day of the 2016/17 league season.

Mitchell impressed up against Crystal Palace’s Wilfried Zaha – and was selected by Jose Mourinho for that summer’s pre-season tour to the United States – but it proved his only competitive appearance for United.

The wing-back went onto spend two spells on loan at Hearts, only for a meniscus injury in February 2019 to lie him low for a long period and the coronavirus pandemic to prolong his wait for action.

“It’s been a tough 18 months but I’ve worked hard through it,” Mitchell told the PA news agency.

“Right now after the lockdown, I think the little break has given me a little bit of time to relax the body.

“I’ve been training for about eight weeks and feeling good. Feeling really good.

“It’s been 18 months without a game but, really, it hasn’t been because I was fit the back end of January, missed the chance to go out on loan.

“There was really about 11 to 12 months because I was back fit again in February, but obviously the lockdown’s happened so those extra months have added on.”

Mitchell says he “could have easily lost my head” during that extended period, yet he maintained focus and the free agent is now looking to earn a move in this strange, coronavirus-shaped market.

The wideman, who was part of England Under-20s’ Toulon triumph in 2017, has been working with a personal physio and doing one-to-one sessions with ex-Wigan boss Gary Caldwell on top of returning to training at United.

Mitchell accepted the invite to work with Neil Wood’s Under-23s following his release and is attracting interest from Football League clubs, including Sunderland and Luton.

“When I came back after the injury, I just kind of knew I need to get myself as fit as possible for this time now,” he said.

“I am 23 now, it’s time to move on and get more first-team football under my belt.

“United is all I’ve known, really, but going on loan really broadened my perspective on men’s football, so that was kind of a big thing.”

Mitchell remains a free agent as the domestic season edges closer, but the left-back’s mental resilience is keeping him on track at a time when you could not blame him for wondering what could have been.

“I spoke to the current manager, Ole Gunnar Solskjaer, at the back of last season,” said the 23-year-old, who was part of the same youth set-up as the likes of Marcus Rashford, Scott McTominay and Andreas Pereira.

“I was quite surprised myself because I’d never worked with him and he was new to me, anyway.  He said like he wants me involved and there’s a future here for me.

“I was just on the cusp of getting back fit and then I came back training and my knee just wasn’t right at the time.

“I had a little few niggles and stuff. It just wasn’t right for me, so up until then it was still a possibility for me.

“I think it was just bad luck, bad timing. Obviously Brandon (Williams) has come in and done great. It’s just unlucky me, really.”

But while it would be easy to be envious of Williams starting a Europa League semi-final on Sunday, Mitchell’s only focus is getting back to competitive football after an 18-month wait.

“Playing in that game against Palace, going on tour and being on loan, I know that my quality is there,” the 23-year-old added.

“In terms of confidence, whenever I go into a situation now if I’m not getting in somewhere or I’m not playing my best football, I know that I’ve got the ability in myself that I’m good enough.

“Those moments have really made me feel like that even if I’m not playing my best football at the time I know that I’ve got a lot more in the locker, or that I can do things that certain people can’t do.”