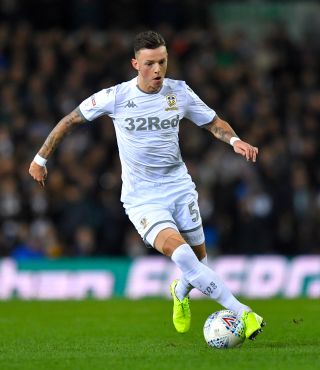 Coveted centre-back Ben White has disappointed a host of suitors by signing a new four-year deal with Brighton.

White excelled last season on loan at Leeds, and the Elland Road club have tried all summer to sign the 22-year-old on a permanent deal.

A clutch of other Premier League clubs had been closely monitoring White’s situation, but boss Graham Potter has long since insisted Brighton want to integrate him into their top-flight plans this term.

Now White has signed improved terms at the Amex Stadium running until 2024, leaving the Seagulls delighted to secure the talented defender’s long-term future.

“I have been looking forward to working with Ben for a long time; he was a player I was well aware of, even before I came to the club,” said Potter.

“He has gradually stepped up the EFL divisions, with Newport County, Peterborough United and Leeds United.

“He had a brilliant season helping Leeds to the title last season, and now he has the opportunity to show his qualities in the Premier League.

“We are delighted to have agreed a new long-term contract with him, and I am sure our supporters will be looking forward to watching him play for the club.”

White joined Brighton in 2014, graduating from the club’s academy to make his senior debut in a 4-0 League Cup win over Colchester United in 2016.

“There has always been a strong belief in Ben at this football club, and his ability to play at this level of the game,” said Ashworth.

“This new contract is well deserved for Ben. He has worked incredibly hard, and has not been afraid of going out on loan. We have been delighted with his progress.

“Our academy and player loan department have done an excellent job to bring Ben through the club’s younger teams, and then in helping to oversee his development while out on loan.

“He has played at almost every level of the professional game, and his development has been very well managed. His next challenge is to show his capabilities at the highest level of the domestic game.”