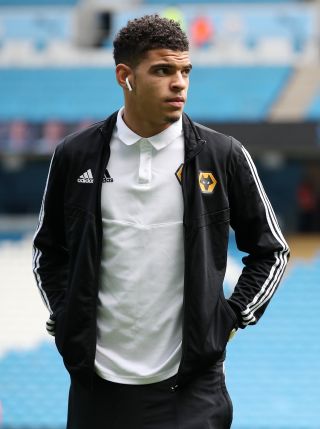 Morgan Gibbs-White bagged his first ever league goal as Swansea started the season with a battling 1-0 away win over Preston.

Gibbs-White’s 53rd-minute strike did the damage as the Swans clinched a welcome victory on the opening day of the new campaign.

Winger Tom Barkhuizen had a good early chance for the home side, but his effort was blocked after Brad Potts’ initial shot had been deflected.

Billy Bodin worked himself some space just two minutes later, but his deflected strike was straight at keeper Freddie Woodman.

At the other end Jake Bidwell blasted a left-foot shot high and wide of the target as the Swans created their first chance of the afternoon.

Bidwell had a shot blocked in the box soon after before new signing Jamal Lowe, who joined from relegated Wigan, saw his goalbound shot blocked.

But the second half started much brighter than the first and Gibbs-White gave the visitors the perfect start when he netted eight minutes after the restart. Bidwell was the provider as his cross fell perfectly for Gibbs-White to fire home.

Just four minutes later Gibbs-White nearly doubled the Swans’ advantage, only to head over the crossbar.

Preston came within a whisker of levelling proceedings on the hour mark through Barkhuizen but Woodman pulled off a fine save to thwart him.

Potts lashed over the bar with North End growing in confidence – and then Ryan Ledson went close to restoring parity. His powerful header from Alan Browne’s deflected corner looked destined for the bottom corner, but again Woodman was there to avert the danger.

Swansea’s Matt Grimes tried his luck from distance, but his 35-yard drive flew into the empty stand.

Former Manchester United midfielder Ben Pearson had an excellent opportunity to level, but his shot was charged down as Preston pushed hard for an equaliser.

Woodman was alert to gather Jayden Stockley’s powerful header from a Browne cross, but still the home side could not get back on level terms.

Substitute Paul Gallagher got a shot on target but his effort was blocked as the home side continued to be frustrated.

Pearson had a chance in the second minute of injury time as Alex Neil’s side battled until the end, but it was Gibbs-White’s goal on his league debut for the Swans that did the damage.