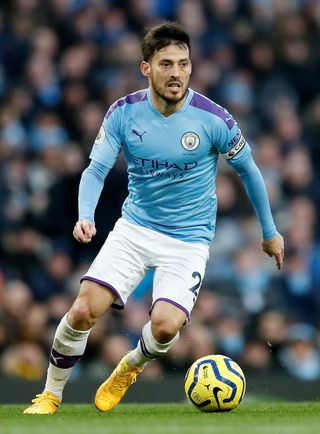 The 34-year-old midfielder, whose trophy-laden 10-year stay at the Etihad Stadium drew to a close earlier this month, was unveiled by new club Real Sociedad on Monday and was in no mood to ease himself quietly towards retirement.

Silva told a press conference: “The team is playing some great football and I hope to add to that here and have some great years at the club.

“I have high expectations in terms of the football we’ll be playing and I think we can compete for silverware.

“I’ve been lucky enough to win a lot of things in my career. I’m very competitive and I’m going to try and do the same here because that’s why I’ve been brought in.”

Silva, for so long a part of City’s as yet unrequited quest for Champions League glory, will play in the Europa League next season courtesy of Sociedad’s sixth-placed finish in LaLiga, and that is a prospect he is relishing.

He said: “Of course, after so many years of playing in Europe, you want to continue doing that. I also came because I like the style of football the team plays.”