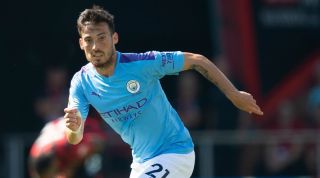 The Spaniard agreed a one-year extension to his contract at the Etihad over the summer, but has announced that this will be his last season with the club.

Beckham is part-owner of the new Major League Soccer franchise who will compete in their inaugural season next year, and the 33-year-old is keen to become their first major signing according to the Independent.

The former Manchester United and Real Madrid winger was eager to bring in a big Spanish-speaking name to pique the interest of southern Florida’s significant Hispanic community.

Silva will bring vast experience with him to the USA, having won four Premier League titles, two FA Cups and four League Cups with Manchester City as well as two European Championships and a World Cup with Spain.

As the MLS campaign begins in March, Silva will miss the opening three months of the season.

QUIZ! Can you name Arsenal players used vs German opposition since 1996/97?