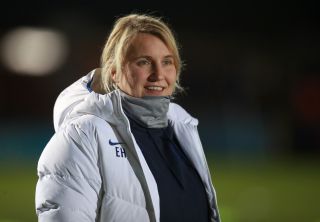 Emma Hayes believes the first women’s FA Community Shield in 12 years is a “fantastic way” to kick off the new domestic season after a five-month break.

Chelsea take on Manchester City in the fixture, which will be played before the men’s match at Wembley on Saturday, in the first domestic women’s match since the League Cup final on February 29.

It will be the first time the women’s event has taken place since 2008 when Macclesfield’s Moss Rose ground hosted Arsenal’s 1-0 victory over Everton.

The women’s match will also be shown on terrestrial television, an opportunity Hayes wants to benefit from.

“I think the FA’s decision-making across this period on the women’s side has been outstanding,” Hayes said.

“I think the fact that we have the opportunity to start the Community Shield live on television shows that we are working together to maximise the broadcast opportunities along with the commercial ones and I think that collective approach is one that has become the norm in the women’s game.”

Chelsea qualified for the season curtain-raiser having been awarded the Women’s Super League title on a points-per-game basis after the league was brought to a halt in May. Although City were one point ahead, the west London club had played a game less.

“First of all, it’s nice to play Man City for the first time at Wembley,” Hayes added. “We’ve missed each other with a lot of semi-final appearances either against each other or one or both of us have not made the final at the same time, so it’s nice to finally play them there.