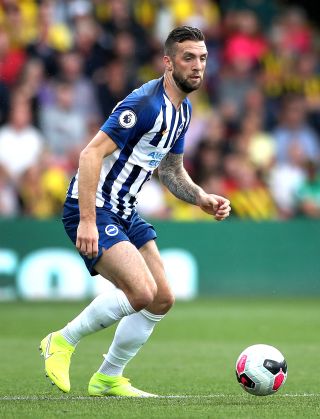 The 28-year-old had fallen down the pecking order at the Amex Stadium in recent months and will now spend the 2020-21 campaign with the reigning Scottish Premiership champions.

Duffy, who completed his medical in Dublin, where he is currently based with the Republic of Ireland squad, made just one start for Brighton following the resumption of the season.

Now he will be looking to get more game time under Neil Lennon and is looking forward to moving north of the border.

“I really am delighted to sign this deal with Celtic,” Duffy said in the club statement announcing his arrival.

“It is a huge honour for me to join Celtic, such a huge institution and a brilliant football club that I have always loved and admired.

“It will be a fantastic personal moment for me when I pull on the Celtic jersey.

“It’s just a great feeling – I could not be happier to be part of the club now and I just can’t wait to start working with the manager, the staff and the players when I return from international duty with Ireland.”

Lennon believes the signing of Duffy will help on and off the pitch as Celtic go in search of a 10th league title in a row, having beaten off reported interest from the likes of West Ham to secure his signature.

“We are delighted to bring a player of Shane’s quality to Celtic,” he said.

“He is leader and he’s a warrior – someone with real ability and who will also give us that great physical presence.

“I know too he is a player who will add great personality to the dressing room. This is a real coup for the club.

“From the off, Shane wanted to come to Celtic and we are delighted we have been able to fend off English Premier League interest.”

Duffy was named Brighton’s player of the season for the 2018-19 campaign and still has three years to run on his current contract with the club.