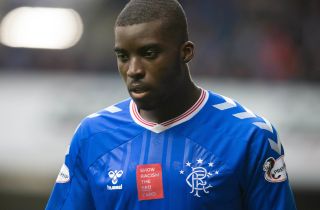 Cardiff have signed Sheyi Ojo on a season-long loan from Liverpool.

“I’ve got a point to prove and I’m really excited for the new challenge,” Ojo, 23, told Cardiff City TV.

“Cardiff City is a massive club with great fans and great players – hopefully I can show what I can do here and fit right in.

“I’m delighted to get here in time for a full week’s training with the team ahead of the first home game this Saturday. Now it’s important that we start right.”

Ojo, who can play out wide in attack or in a number-10 role, has made 13 appearances for Liverpool and spent time on loan at Fulham, Rangers, Reims, Wigan and Wolves.

The Bluebirds later announced that defender Curtis Nelson has signed a two-year extension to his current contract, keeping him at the club until the summer of 2023.