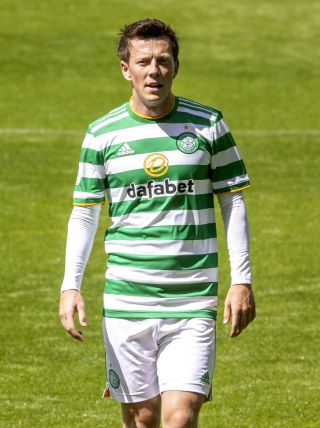 The Hoops came in for some criticism when they were knocked out of the second qualifier by Hungarian side Ferencvaros at Parkhead on Wednesday night.

Neil Lennon’s side, aiming for their 10th successive Premiership title this season, bounced back with a 3-0 home win over Motherwell on Sunday.

Midfielder McGregor said “Of course, going out of the Champions League hurts.

“We want to be there as players and we want the club to get there too. It was a real blow for us, being knocked out. But we can’t lose sight of things this early in the season.

“We still have a massive year and a lot of trophies to go for. That’s what we set out to do when we came back for pre-season, to make it another good year for the club.

“You do get setbacks along the way. What’s important is that it galvanises the team now.

“We’ve had the criticism and it’s only us in there who can fix it. That’s what we tried to do against Motherwell. We tried to put it right a little bit.

“When we come back after the international break we’ll have more fixtures to put our teeth into.

“We’re all in it together. That’s why we’ve been so successful down the years, because we have that team spirit.

“Ultimately things are going to go wrong at some point. What’s important is how we react to that.

“Throughout the years, whenever we’ve faced adversity we’ve always come back really strongly. And that was the message for us after the other night.

“Yes, we’ve taken a hit but it’s so early in the season. We still have so much time to fix it.”