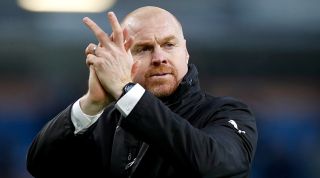 Burnley have been in good form since the restart, pushing themselves into the top half of the table after a seven-game unbeaten run. Despite having little left to play for, Sean Dyche teams are always competitive and you can expect the Clarets to make life hard for their more refined visitors this evening.

A top-10 finish is guaranteed for the Clarets, though the top six is just out of reach. A win would cement finishing above Arsenal, which would be an impressive marker in the Lancastrians' journey.

Further down the table, Brighton are safe – just. A win would at most lift them into 15th, above West Ham, while defeat would leave them in their current position of 16th.

Kick-off is at 4pm BST and the game is being shown on Sky Sports Arena in the UK. See below for watching details where you are.