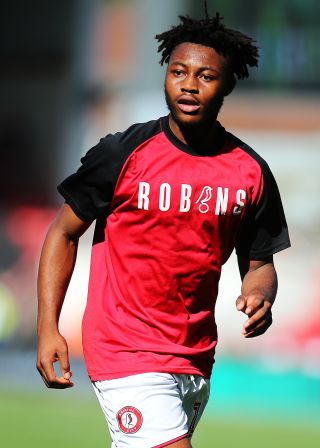 Substitute Antoine Semenyo demonstrated his potential by grabbing the second goal from a Jack Hunt cross on 83 minutes and the closing stages brought a debut for young midfielder James Morton.

Jamie Paterson had fired the hosts into a 35th lead with a first time effort from 12 yards and there was much to please Holden as Exeter were beaten 2-0.

Holden said: “Antoine Semenyo can go as far as he wants in the game as far as I am concerned and that goal will do wonders for his confidence.

“For James Morton it was a day he will never forget. He may have only been on the pitch for a few minutes, but we will get his shirt signed for him and he will be able to treasure it forever.

“Overall, we were a bit sloppy at times in the first half and I just had to get the lads to calm down at the interval.

“I felt calm, but excited when I woke up this morning and it’s great to get off to a winning start.”

Holden declined to comment on speculation that he is about to sign Fulham defender Alfie Mawson, but revealed that centre-back Nathan Baker could be out until Christmas with a bad hamstring injury.

“We need to rally around Nathan at a difficult time for him,” he said. “There is nothing firm to say about Alfie Mawson, other than that we are in the market for good players.

“I am looking to add some physical presence to the side and make us aggressive when out of possession.”

“That is the best opposition we have faced in a while and you had to admire the speed with which they moved the ball around at times,” he said.

“I am never happy to lose a game, but I thought the players worked their socks off and showed a lot of character.

“Some of the things we worked on in training were there to see. We can be better on the ball and that is something we will tell the players.

“But I felt we competed well all over the field. We gave debuts to Rory McArdle and Lewis Page and both did well.

“Rory was strong at the back and Lewis is a work in progress. Both will have benefited from playing against a Championship side.

“We had half chances, which had we taken them could have altered the result. I’m happy with a lot of what I saw.”